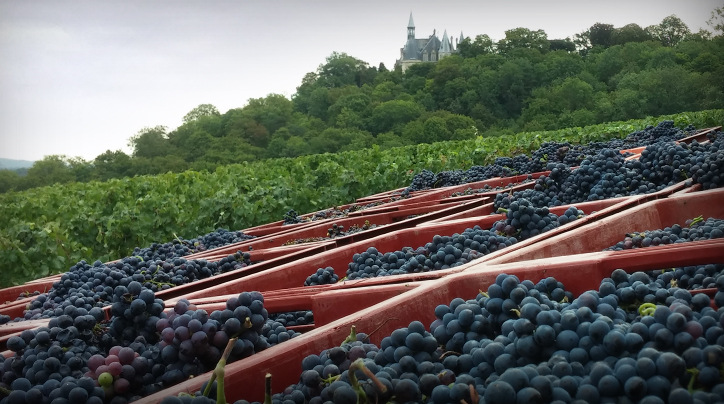 At the Champagne Château de Boursault, the 2017 harvest began on September 1st and ended on September 8th. It must be said that they have given us many surprises…

But how is this exceptional precocity explained?

Although our Clos was not impacted by spring frosts (loss of 23% of the buds throughout the Champagne region, compared with 5% at the Château de Boursault), this precocity is explained by an exceptionally hot and sunny period between mid-May and late July, followed by numerous storms in August. This alternation accelerated the maturity of the clusters to trigger the first shots of secateurs as of September 1st. This makes 2017 one of the earliest years since 1950 after 2003, 2007 and 2011. 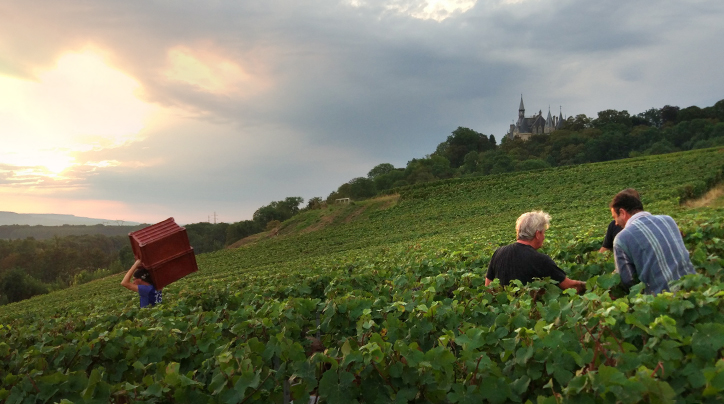 What impact on quality?

The frequent stormy rains that then occurred before the harvest began when the grapes were mature, activating the foci of botrytis, the vine disease responsible for “gray rot”. Has this led to a decline in quality? No, because sorting became the watchword at Champagne Château de Boursault. A rigorous sorting at the harvest, plus a second rigorous sorting before pressing, have kept the most beautiful bunches, in order to maintain a quality identical to the previous years, this quality so dear to our customers.

Thanks to these actions, the grapes thus harvested were able to present a satisfactory acidity and a very promising balance. Their final quality will be evaluated during the tastings of clear wines, before bottling (scheduled for April 2018) and the second fermentation which will give them their effervescence.