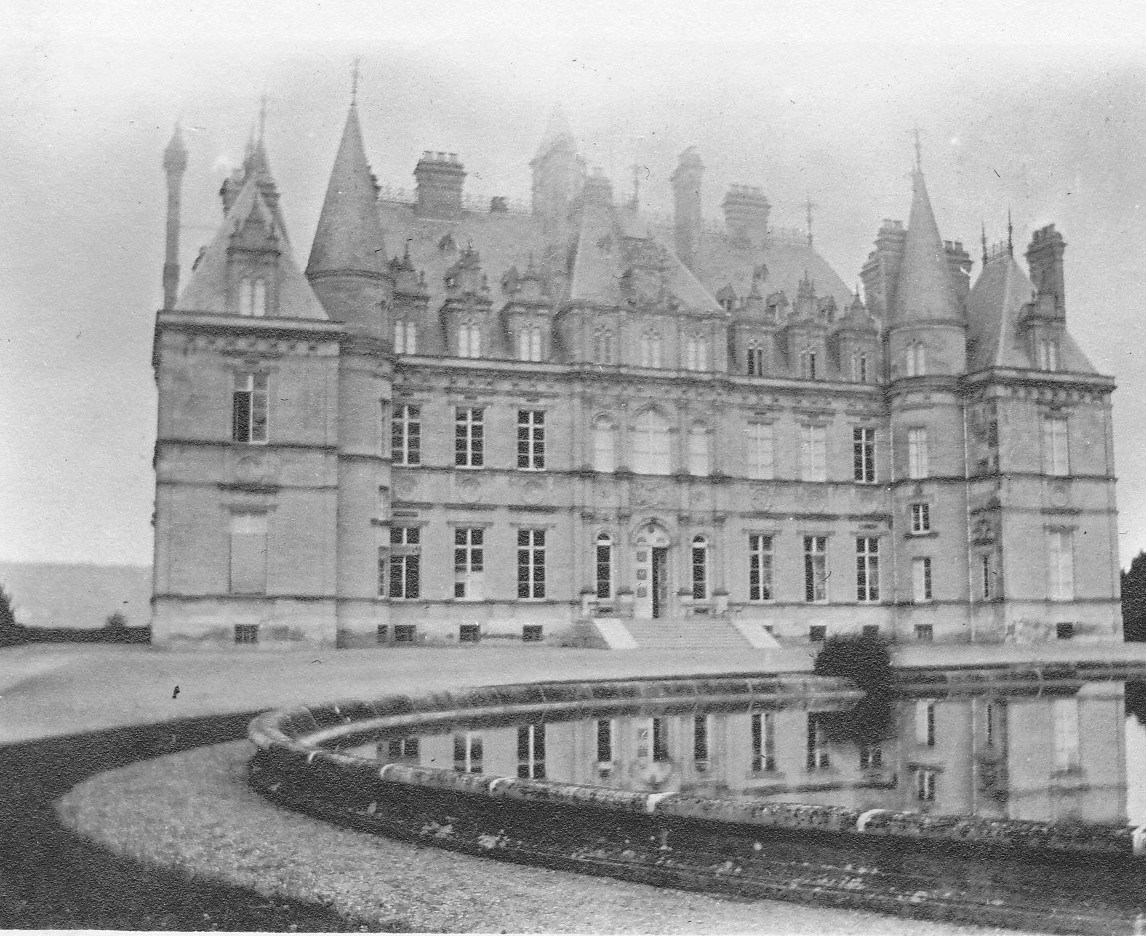 If we already know a lot about the origins of the Château de Boursault during the period with the family of Madame Veuve Clicquot, it was a period on which we had very little information: the one between 1913 and 1927.

The year 1913 marked the end of the Clicquot period with the sale of Château de Boursault by the great-granddaughter of Veuve Clicquot, the Duchesse d’Uzès, who was to finance the political activities of général Boulanger, hoping that he would help Philippe d’Orléans restore the monarchy. The Duchess devoted to this adventure a considerable part of her fortune.

To fill this gap in the history of the Castle, we had the pleasure to welcome on our Domain the descendants of the owners from 1913 to 1927, who were able to bring us the precious information and testimonies relative to this period.

It was thus in 1913 that Frank Berry, born in 1861 in Ontario, Canada, and married to a French woman, Marguerite du Bouzet, acquired the Château de Boursault to live there. 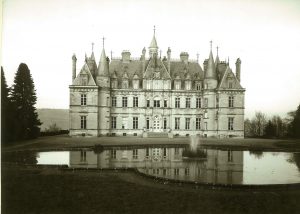 A beautiful portrait of Frank and Marguerite Berry in 1912: 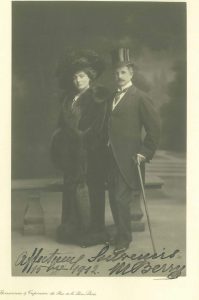 Unfortunately, the First World War broke out, and as early as October 1914, the Germans occupied the Château de Boursault. This occupation of the castle only lasted 8 days.

In a correspondence with the Berry family in Canada, Ms. Berry’s personal assistant wrote: “On arrival, the German soldiers pointed a gun to an employee’s head to show them where the valuables were. […] If they took jewels and tapestries, no one was hurt, and there were only very little damages. They drank the wine, present in quantity in the cellars of the castle. That probably saved the castle because they were too busy drinking to hurt anybody. But perhaps they also did not want to ransack a castle in which the first German Emperor Guillaume 1er had stayed in the 1870s, thinking that their present emperor, Guillaume II, would also want to stay there … “. 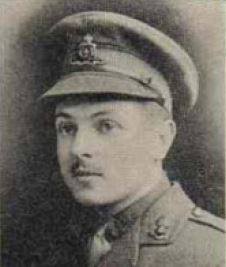 George Herbert Berry, a very close nephew of Frank Berry, stayed at the Chateau. He was a member of the Expeditionary Forces of Canada in Lemnos (Greece) during the First World War, then a member of the British Royal Field Artillery in France. He was wounded, and died on October 9, 1917. He is buried in Poperinge, Belgium.

The post-war period was, of course, happier.

Here, with their son Pierre, born in 1911 in Paris, on the domestic donkey in front of Château de Boursault, and with Madame Berry’s personal assistant: 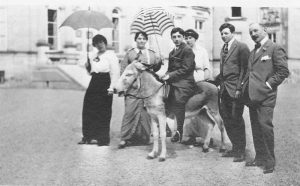 The Berry family sold the Château de Boursault in 1927.

Finally, an astonishing comparison before / after of the Château de Boursault living rooms in 1914 and 2017: 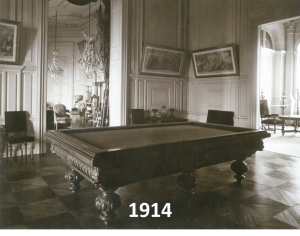 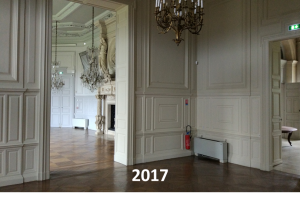